Tokenpaddock.com content is written in English. Translations into other languages are automated and there may be minor text errors.

Social control is nothing but control of the society over individuals. In order to maintain the order of the society, people have to be kept under some sort of control. This is necessary in order to have desired behaviour from the individuals, and for the central authorities to gain TOTAL control over society with help of technologies.

Total control is the real and only reason for establishing this three pillars of dystopian future.

The First Pillar is Biometric/Digital ID and Mass Surveillance.

In 2020, biometric authentication and verification is integral to the modern technology landscape and is widespread in more ways, but no-one fully understands what this means for people and how will it affects us as a society in the future.

Digital ID is based on biometrics, Bio as Biology and Metrics as rules-based system of measuring data, often used for comparative or tracking purposes. If you’ve ever unlocked your mobile device with your finger, scanned your face to use some app, or you have Alexa at home that records your voice, congratulations! You have already given all of your biometrics for free!

All Tech Firms have already implemented biometric recognition that can help build a profile of a person’s identity. There are two types of Biometrics: Physiological and Behavioral

All these Biometrics are in the hands of few corporations and you gave it all for free, since we all know that Terms & Conditions are too long for someone to read for daily usage of the internet. Certainly that digital ID can be beneficial in public Blockchain usage, but that doesn’t apply for central structure entity.

Any Central-based data like the Businesses and governments that collect and store users personal data are under constant threat from hackers, because biometric data is irreplaceable, this scenario will be devastating for millions of people.

Tracking and data collecting is another negative impact on humanity. Privacy of people must be taken into consideration, as human right. When biometrics are converted into data and stored, particularly in places or countries that have large surveillance measures, biometric data can become a permanent digital tag that can be used to track someone, with and without their knowledge.

Demographic Bias can result in discrimination and exclusion to other races, here is an example from China.

False data analysis and inaccuracy can happen due to hacks and other unwanted situations, that can lead to excluding individuals of the system or someone to reuse for their own purposes.

This digital ID will be required to access social media, the internet, bank accounts, and even to spend money. Without your digital ID, you won’t be able to access these things. The authority over your digital ID and the data it contains will be owned by the government. We need a balance between privacy and security, freedom of the people is in question, if it’s for security like we have been told, proportionate surveillance that does not compromise privacy it is enough, unless there is hidden agenda.

The second pillar is CBDC

The globalist architects of the Great Reset at the World Economic Forum want to use CBDC Central Bank Digital Currencies to “revolutionize” the future of finance.

Probably you’ve heard the famous sentence: ,,You will own nothing and be happy”

The government will own your home, but you will not be required to pay rent because someone else will occupy your space when you are not there. This means that everything you own now could be taken by your government in the near future.

The globalist architects of the Great Reset at the World Economic Forum have thrown their weight behind the concept of CDBC, claiming that state-controlled currencies will “revolutionize” the future of finance. The rule is simple: WHOEVER CONTROLS MONEY, ACTUALLY MAKES THE ONLY RULES THAT COUNT.

The first category allows non-financial users to hold digital currency accounts. Second is an electronic system granting access to the central bank reserve that could be used by commercial banks and other financial institutions for interbank and security transactions. The third is Hybrid CBDCs that allow financial institutions that do not usually have access to a central bank deposit facility to hold reserves. This means there will be three categories of money, which will lead to further division in society, rich people will be richer and the regular citizens will be poorer and there will be no chance for progress in their life and financial independency will be just a metaphor.

These are the tools that Government can use with CBDC:

Freeze account, put limit on your account, set location limits, spend limit, automatically tax every transaction, decide what you can buy or how to spend, restrict individuals from basic goods and services, set expiry date on savings and other features.

Bitcoin is a cryptocurrency and a CBDC is not.

Cryptocurrencies like Bitcoin are stored on a decentralised blockchain and every user has full control of their own finances, on the other hand, CBDC will be issued and stored using a centralised ledger.

This means that Bitcoin remains decentralised in nature and cannot be controlled by a single authority. Contrastingly, CBDC is controlled by the issuing authority such as a central bank and government, so technically users don’t own nothing, because central authorities needs to allow you to use your finances.

This raises the issue of anonymity and privacy when using each asset.

Social Credit Score, is already being used in China. It basically compares humans, one to another based on every action they perform, which it will decide whether you are a good or bad citizen based on almost everything you do in your daily life. It rewards those who do what the government prefers while punishes those who are not aligned with government’s expectation. If someone’s score falls below a certain level, they may lose access to things that are considered as human rights, such as a passport, bank loans, or even to send those people to educational program camps.

All pillars of dystopian future are implementing in different countries around world, China is the leader in this concept of total control, so what you see today in China it’s going to be your future, more or less, regardless where you live. Human rights are severely taken away from everyone.

Human rights are based on important principles like dignity, fairness, respect and equality. They protect you in your everyday life regardless of who you are, where you live and how you chose to live your life, human rights also include: the right to life, the right to respect for private and family life, the right to freedom of religion and belief. Year after year every single rights is taken away from us in the name of “protection” and many other lies that are “good” for us while making DYSTOPIAN world which will be living hell for the most people in the world.

Are you still having doubts on using public Blockchain, that is open to anyone in the world with no restriction of so ever? Are you still thinking is it good to invest in Bitcoin, Cryptocurrency or DeFi ? Just think about it.

Crypto world is more than just price-tag of coins and tokens, it’s the decentralisation, data ownership for every user and it’s the only chance that humanity have, for better future and free will and choice.

Get the latest news in crypto world, analysis and more. We promise we wont spam.

Before, Now and After the Ethereum Merge

What is Ethereum merge ? And what it means for Ethereum and why it matters? Update on Ethereum’s Merge. The Ethereum Merge represents the joining... 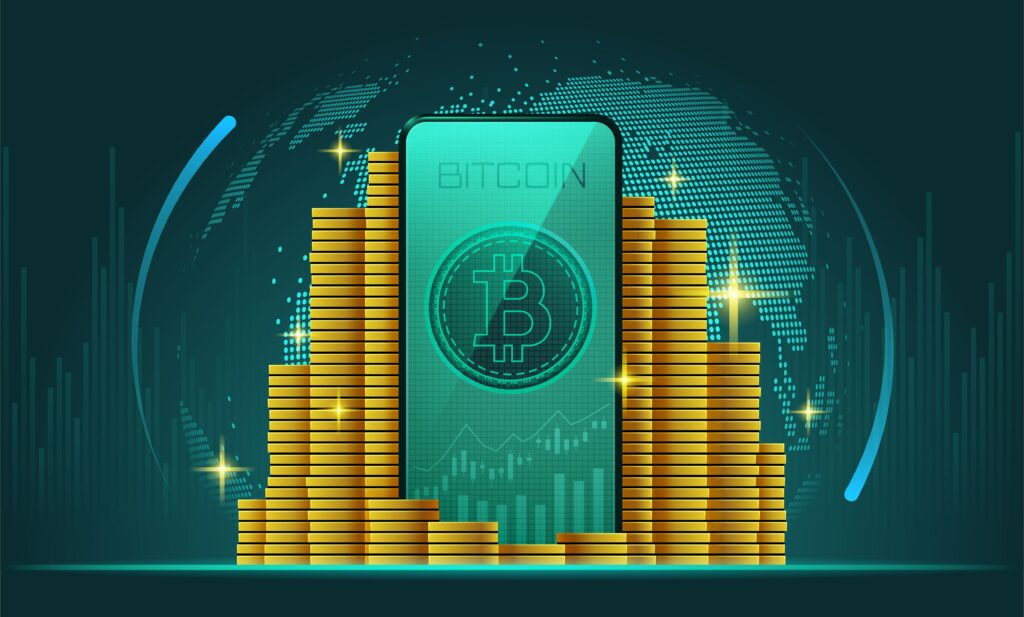 In todays meeting FED's Chairman Jerome Powell announced that FED will hike the interest rate for 0.25% or 25bp The cryptocurrency market has... 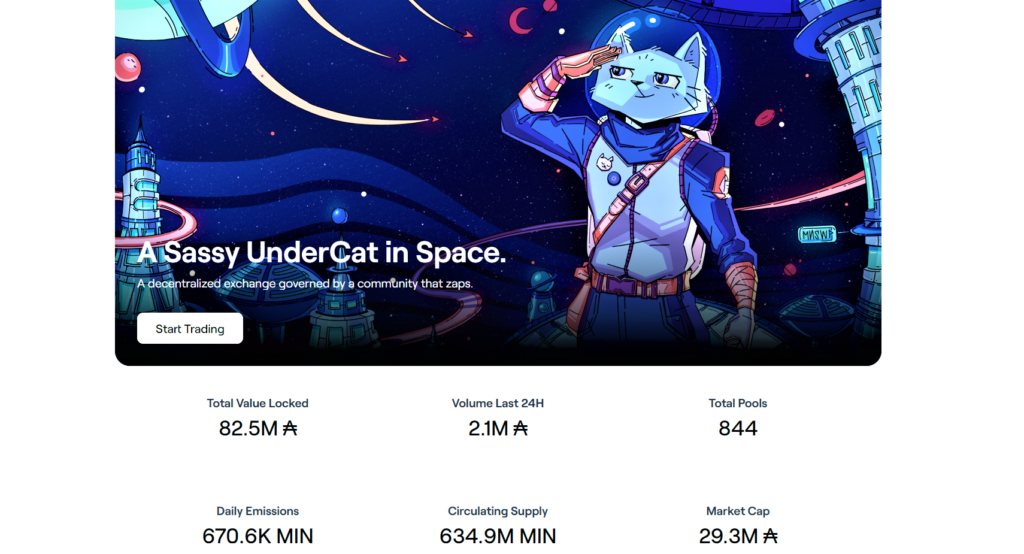 Cardano Based Stablecoin Soon to be Launched on the Market

Djed is designed to be the first stablecoin in the Cardano ecosystem and has been in development for over a year. Djed stablecoin will be...

The music industry has not shied away from its keenness to adopt Web3 solutions. Blockchain is all about empowering the individual, helping...

Read More
We use cookies on our website to give you the most relevant experience. By clicking “Accept”, you consent to the use of ALL the cookies.
Do not sell my personal information.
Cookie SettingsAccept
Manage consent

This website uses cookies to improve your experience while you navigate through the website. Out of these, the cookies that are categorized as necessary are stored on your browser as they are essential for the working of basic functionalities of the website. We also use third-party cookies that help us analyze and understand how you use this website. These cookies will be stored in your browser only with your consent. You also have the option to opt-out of these cookies. But opting out of some of these cookies may affect your browsing experience.
Necessary Always Enabled
Necessary cookies are absolutely essential for the website to function properly. These cookies ensure basic functionalities and security features of the website, anonymously.
Functional
Functional cookies help to perform certain functionalities like sharing the content of the website on social media platforms, collect feedbacks, and other third-party features.
Performance
Performance cookies are used to understand and analyze the key performance indexes of the website which helps in delivering a better user experience for the visitors.
Analytics
Analytical cookies are used to understand how visitors interact with the website. These cookies help provide information on metrics the number of visitors, bounce rate, traffic source, etc.
Advertisement
Advertisement cookies are used to provide visitors with relevant ads and marketing campaigns. These cookies track visitors across websites and collect information to provide customized ads.
Others
Other uncategorized cookies are those that are being analyzed and have not been classified into a category as yet.
SAVE & ACCEPT